The interior design is founded on the premise that the traditional Chinese style of Shantou has evolved because of the changing times and multi-cultural influences of its locals. The show flat for this 5-level villa demonstrates a harmonious contrast between the traditional culture and influence from the west.

The inspiration came from a scene of a Chinese moon bridge reflected on a lake. This represents bridging generation of families through reflection of tradition and heritage. The program of spaces was designed to demonstrate family tradition and legacy, whilst revealing traces of multi-cultural influences.

The design provided emphasis on a traditional hierarchy with the bottom, middle and topmost part of the villa demarcated as an imperative part of the house. The basement level for instance, was designed to showcase familys legacy and tradition to guests more than a service quarter typically found in other villas.

The moon-gate feature on basement 2 stands as an important cultural reminiscence adjacent a meditation space and an effective access from the outdoor lanai connecting to the music hall on the other side. All of which is interconnected by a reflecting pool emanating from a waterfall feature.

Basement 1 and the ground floor level receive family guests in a grand high-volume dining and living spaces with corresponding guest rooms for accommodation.

The second floor demarcated the private spaces for the family. Each of which portrays different character to suit taste and influences of each family member. One bedroom exudes modern traditional Chinese style whilst another showcases chinoiserie style influences from the west.

The 3rd floor level was entirely dedicated to the head of the family to display eminence and luxury to the topmost space. The entrance door and foyer was centralized to delineate the masters bedroom and the master en-suite. An image of a full moon in the masters bedroom reflected an elevated expression of the moon bridge found at the lower level, which completed and established the design connection between levels of the villa. 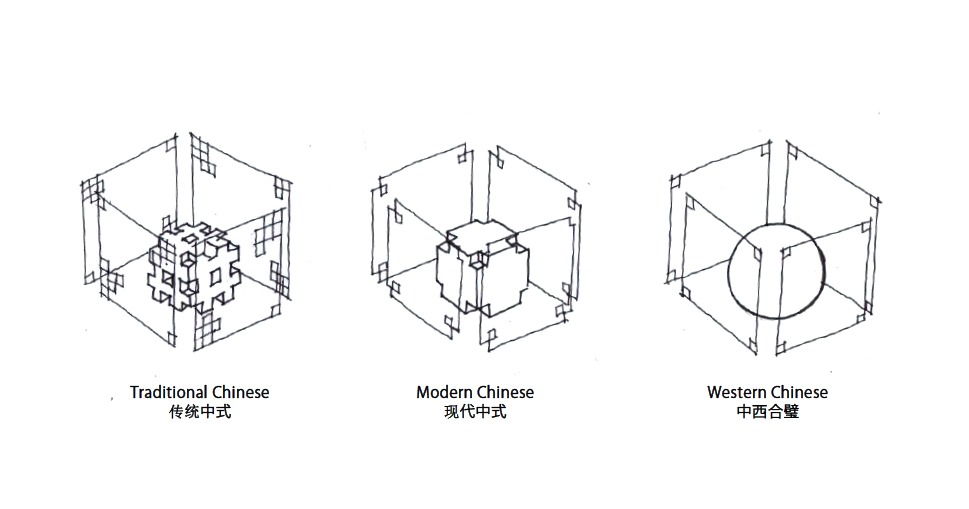