Couture served as an inspiration to facilitate and tackle the vast volume of space of the design area. While the architectures rigidness is seen as masculine, the interior was conceived as like a woman in a stunning dress. The lobby was tailored-fit to flatter the space. The main ceiling design provided a central cove feature leading to the ingress of the lift lobby that flows uninterruptedly like a streaming textile. The pleated lines on the ceiling are not just mere decorations but intended to receive for air-conditioning and other utilities. Embellishments are represented by materials and termination details as seen on the walls, ceiling and floors. 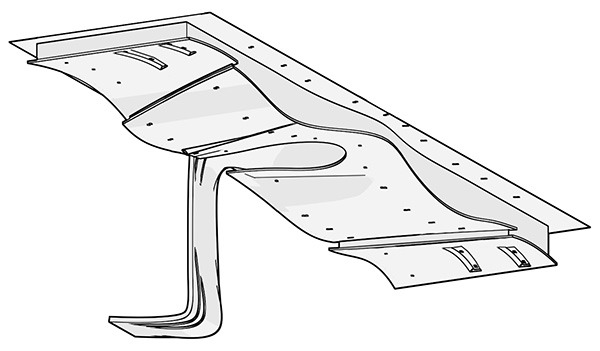